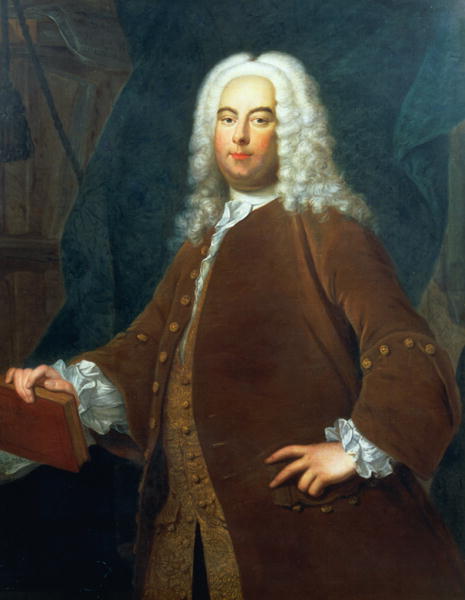 The Gerald Coke Handel Foundation was established in 1999 to support the Gerald Coke Handel Collection at the Foundling Museum, by providing research resources for all those interested in learning about the composer George Frideric Handel, his associates and contemporaries, as well as the musical environment of his time, and the printing and publishing of music in London and elsewhere during the 18th century. The Foundation administers an endowment from the estate of Gerald Coke and his widow Patricia, which funds the staff and resources of the Collection, and supports education and other events associated with its charitable objectives.

The Foundation was formed in 1996 and is a registered charity (no. 1058589) and company (no. 03201907). It manages the endowment which accompanies the Gerald Coke Handel Collection, and includes trustees nominated by the Foundling Museum and the Handel Institute, and independent trustees. The Foundation continues to acquire modern and antiquarian material to add to the Collection, and has also benefited from donations of material from Handel scholars.

The Foundation’s objects are to advance public education by providing research facilities for academics, musicologists, musicians, students, writers, researchers and all other interested persons concerning and in relation to the life and work of George Frideric Handel, and his associates and contemporaries; also in relation to the musical environment of his time, to the printing and publishing of music in London and elsewhere in the 18th century; and all other related subjects of study; to the extent that each of the above objects are charitable.

Nicolas Bell is Librarian and Fellow of Trinity College, Cambridge. Until 2015 he was a Curator of Music Manuscripts at the British Library, overseeing several major archival acquisitions as well as cataloguing, conservation and exhibition of the collections. His doctoral research was in the music of the Middle Ages, and he worked on Handel’s manuscripts for a Master’s degree. He has published books and articles on music manuscripts of many different periods. At the British Library he planned the digitisation of Handel’s autograph manuscripts, which are now freely available on the Library’s website. Nicolas is the General Secretary of the Henry Bradshaw Society, founded in 1890 for the editing of rare liturgical texts, and is a trustee of the Vaughan Williams Charitable Trust, the Mátyás Seiber Trust, the RISM (UK) Trust and the Plainsong and Medieval Music Society.

Sarah Bardwell is the Executive Director of Britten Pears Arts a pioneering music, arts and heritage charity based on the Suffolk coast. It encompasses the Aldeburgh Festival, a world-class concert hall, initiatives focused on artist training and development, a unique and extensive archive, the house where Britten lived with his partner Peter Pears, and a leading programme of music, health and well-being. Previously Sarah was the Director of Handel House Museum, now Handel & Hendrix. During her eleven-year tenure she led the organisation through a major £4m capital project to secure a long lease for the property, and ran a £2m HLF-supported building project. A music graduate, she has also worked at the Royal Albert Hall, English National Opera and the Kennedy Center in Washington DC.

Michael Burden is Professor in Opera Studies at the University of Oxford and Chair of the Music Faculty Board, as well as Fellow in Music at New College where he is Dean. He has published research on the theatre music of Henry Purcell, and on the staging of opera and dance in London in the seventeenth, eighteenth, and nineteenth centuries. In 2013 his study of the soprano Regina Mingotti’s London years and a five-volume collection of documents on London opera, London Opera Observed, were both published. He is currently working on two databases: the Italian Aria on the London Stage before 1801, and The London Stage 1800-1900 (a calendar of performances). Other areas of research include the administration of the Pyne-Harrison and English Opera Companies, and aspects of the career of the conductor Anton Rieff. Michael organises the annual Oxford Dance Symposium with Jennifer Thorp, with whom he co-edited the Ballet de la Nuit in 2010. He is a past president of the British Society for Eighteenth-Century Studies, a former Visitor to the Ashmolean Museum, Oxford, a trustee of RISM, and director of productions of New Chamber Opera.

Chris Cotton held the post of Chief Executive Officer of the Royal Albert Hall from 2009-2017. He also serves as Chair of the Exhibition Road Cultural Group; Chair of Jerwood Space; and a Director of Julie’s Bicycle, an environmental sustainability charity working with the arts and creative industries. As CEO of the Royal Albert Hall, Chris has led the organisation through a period of unprecedented growth, overseeing the development of a wide and ambitious musical and events programme. An area of particular focus has been education and outreach work, particularly with children and young people. An architect by training, Chris spearheaded several major development projects at the Hall, including infrastructure, expansion and improvement works to the Grade 1 listed building. After seven years overseeing the Hall’s development as a world-leading live events location, he retired from his role as CEO in March 2017.

Andrew Jones is a retired Senior Lecturer in Music at the University of Cambridge, and an Emeritus Fellow of Selwyn College where he was the Director of Studies in Music for 38 years. His published research is on Carissimi, performance practice (particularly in opera), and Handel. He edited Handel’s opera Rodelinda for the Hallische Händel-Ausgabe, and ten of Handel’s cantatas for soprano and basso continuo for Faber. His edition of Rodelinda has been performed in international opera houses throughout the world, including Glyndebourne and the New York Met. He is currently preparing a complete edition of Handel’s 86 continuo cantatas for the HHA. In 1985 Andrew created the Cambridge Handel Opera Group; over the next 28 years he edited, translated, and conducted staged performances of 15 of Handel’s operas. He is a trustee and council member of the Handel Institute.

Nick Morgan qualified as a chartered accountant in 1971 and was a partner in Nash Broad, which merged with Chantrey Vellacott in 1996, for 24 years. He retired as a partner in 2004 but remained as a consultant for a further five years, and and had his own small practice based in the East Midlands until his retirement at the end of 2020. Since the early 1990s Nick has specialised in advising charities. As well as being Head of the Charities Group at Chantrey Vellacott, he was a founder member of the Association of Charity Independent Examiners in 1999, where he was also a trustee, and served as a committee member of the Charities and Voluntary Group of the Institute of Chartered Accountants in England and Wales for many years. In 2001 Nick co-authored a major publication Charities: An Industry Accounting and Auditing Guide. He has also published articles and spoken at seminars on various charity matters.

Rahul Sinha is Managing Director of Inquiry, an international development consultancy providing research and evaluation support to front-line NGOs working to improve governance, and promote economic growth in developing countries worldwide. Before moving to London in 2019, he was a Trustee for Creative Minds International, a public charter school in Washington DC. He previous served as a consultant with Higher Ed Insight, advising universities and government bodies on effective approaches to help non-traditional students succeed, and as Senior Policy Analyst at the Center on Budget and Policy Priorities. In 2016 he co-founded Rise Stronger, a civic engagement network bringing the policy community into direct dialogue with the public they serve; after a year, Rise had 300 active volunteers and 70,000 members, and was active in 22 US states. He has been published on competition policy reforms necessitated by new technology-facilitated business models, as well as the use of economics to measure psychological effects on residents of urban planning decisions and the built environment in their communities. Rahul is also a Fellow of the Royal Society of Art.

Peter Smaill began his musical interests as a chorister in the mediaeval Church of the Holy Rude in Stirling, Scotland, later singing in St Mary’s Cathedral, Edinburgh and in the University’s Renaissance Singers. Following a law degree and accountancy qualifications, he pursued a career in private equity. Subsequent to the 2000 Bach anniversary his musical interest in the Baroque period was rekindled, and from 2010 to 2017 he was Chairman and Treasurer of the UK charity, Bach Network, specialising in the field of the Cantatas. Following research into Handel’s bassoonist John Frederick Lampe and his anthem celebrating the 1746 defeat of Prince Charles  Edward Stuart, he enlarged his interest towards investigating the musical background of London’s Lutheran churches. He promotes concerts with the Dunedin Consort in Charity-owned Crichton Collegiate Church, Midlothian, where he is, since 2017, also a local Councillor and Provost of the county.